How do you generate ideas?

Has it ever been a priority for you? Or do you simply wait for an idea to surface, not wondering how it formed?

You may be interested in the concept of producing ideas on demand, and the techniques you can use to hurry them along.

I’m a “thinker.” I love to spend time researching and thinking about things. I hyper-focus on a topic, spending as much time as I can reading articles and books, even taking online courses. Part of my process is to hoard PDFs and Whitepapers on my computer and Google Drive.

Then I drop the topic, giving my brain a rest for days, even weeks. I move to another project, ignoring my original area of interest.

To most people (my family), it seems like a form of Attention Deficit Disorder, my need to obsess about one topic, then dropping it for another interesting one.

But then an idea pops into my head, and it’s usually a very good (sometimes a great) idea. That’s when the process seems worth it.

I didn’t know, but this practice is recognized as a formal technique for “Producing Ideas.”

But we’re not interested in Pareto’s Principle. We’re interested in his concept of “elites,” as outlined in The Mind and Society.

Pareto opined that people can be divided into groups that spread across various classes. The first two classes are the Speculators, who are creative and inventive and constantly preoccupied with the possibilities of new combinations; and the Rentiers, who are routine, stable, steady, unimaginative and conservative.

Pareto pulled these concepts from Niccolo Machiavelli, who wrote in The Prince about “the adventurous “foxes” (Class I) , and the conservative “lions,” (Class II), as important figures in the governing elite.

It’s the adventurous foxes, or Speculators, who are responsible for the majority of the ideas that propel society forward, resulting in new inventions, new theories, new concepts.

But how do the Speculators generate ideas, especially great ideas?

This is my convoluted path to introducing you to James Webb Young and “A Technique for Producing Ideas – the simple five-step formula anyone can use to be more creative in business and in life!”

Young wrote this pamphlet after being asked by a competitor in the advertising field about his continued success. Young didn’t have a ready answer. He had to research the topic, then think about why he was successful. He still didn’t have the answer, so he forgot about the question for a while. Then, lo and behold, his subconscious proposed an idea for the answer.

Turns out, the answer was in the process.

As a self-sufficient author, I’m very interested in generating new ideas, but I sometimes worry about ideas that seem similar to other people’s work.

For example, in December, I experienced a “Eureka!” moment when I finally figured out the concept for my new course. I’d been going through a research phase that stretched on for a couple of months. I want to help myself and other authors write, publish and sell their books, hopefully reaching bestseller status, but how do we begin? I felt that, even though I was learning lots of new things, I was still going in circles.

I let it rest. I moved on to another important project, writing my latest novel.

That’s when the idea surfaced and I imagined my course: Wholehearted Author: The Bestseller Mindset.

I drew it out on my whiteboard, created a table of contents in Google Drive, told my husband and friends about the class. I was excited to begin.

My primary research focuses on the “Growth Mindset” espoused by psychologist Carol S. Dweck, Ph.D. It’s the strategy I’ve been using with my undergraduate college students each semester, and is based upon her book Mindset: The New Psychology of Success.

Fast forward to January 10, 2017 an,d I’m looking at a blog post by Joanna Penn of the Creative Penn, and she’s talking about a new book she’s selling: The Successful Author Mindset.

I felt sick to my stomach. How could we both have the same kind of idea? It the same idea? Or, is it just a similar title?

For an hour, I felt dejected. I thought, “I’m too late. The idea came to someone else. Why even bother?”

Then I took a deep breath and relaxed. I allowed myself to experience the “Fixed Mindset” when I began to worry that I had failed. I hadn’t failed YET.

I haven’t seen Joanna Penn’s book, and I don’t know what she’s created. Even though it sounds like a similar topic, it’s from a different person’s perspective. I’ve been conducting my own research, and perhaps we’re using some of the same resources. “Mindset” was published 10 years ago, but it’s becoming a popular topic.

The simple explanation is, we’re all employing the process of “Copy, Transform, Combine,” as outlined by Kirby Ferguson on his blog, Everything Is a Remix.

We’re all using the same information, copying and transforming and combining it into our own projects.

Four Steps to Getting an Idea

1. Create Boundaries within which you will explore to avoid getting lost in the wilderness (too much direction, or not enough).

3. Digest the research. Study the materials. Organize them. Arrange them into a narrative. Try to group things together. Create a map. Make sense of the material. Push yourself to the max to saturate yourself. Don’t leave this phase too early.

DISCLAIMER: If No. 4 doesn’t come along, then inspect your boundaries. They are too small or too large.

For an hour or so, I allowed the “Fixed Mindset” to dominate and I worried that my new project would be useless because another writer had worked faster than I had and produced a book with a similar title.

Then I acknowledged the fact that it’s okay I haven’t produced my new book and online course. I’m in learning mode, still researching my topic. The fact that I am still developing Bestseller Mindset means I can now consider Joanna Penn’s book as relevant research. She is an amazing writer and interviewer, and she’s consistently worked to improve her skills and her presence. I’m lucky to be able to add her book to my bibliography.

I’m happy because I’ve learned how to recognize the technique for generating ideas, that it worked well for me, and it’s given me an opportunity to share some of my favorite writers with you today.

My students and I all share one trait: we are insatiably curious. Thank goodness there’s always room on someone’s shelf for a new book.

Enjoy your day, and begin developing your intelligence with Dweck’s book Mindset: The New Psychology of Success. Take her advice to heart and, “… let it lead you to a desire to learn, embrace challenges, persist in the face of setbacks, see the effort as the path to mastery, learn from criticism and find lessons and inspiration in the success of others.” Use BOTH Sides of Your Brain in Harmony Gallery

Use BOTH Sides of Your Brain in Harmony We Know We Have to Market Our Books, But What’s the Best Way to Do It? Gallery

We Know We Have to Market Our Books, But What’s the Best Way to Do It?

Easy on the Hooptedoodle Gallery 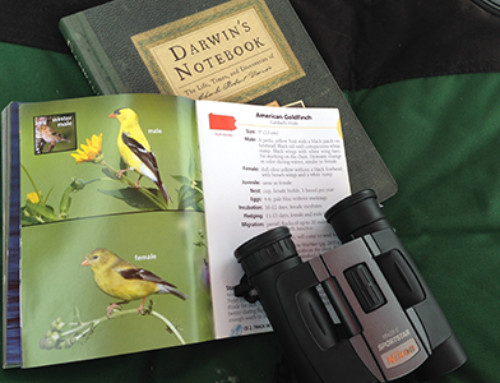