Samuel Wallis and the ‘Great Runaway’

The Bailiff House at Muncy Terraces.

Samuel Wallis was among the giants of early Lycoming County history — probably the largest landholder in the area in the last 30 years of the 18th century.
According to John F. Meginness’ monumental “History of Lycoming County” written in 1892, Wallis was “the most energetic, ambitious, persistent, and untiring land speculator who ever lived in Lycoming County. His energy was marvelous, and his desire to acquire land became a mania which followed him to the close of his life.”
Among those great holdings, Wallis used 7,000 acres near Muncy to locate his estate anchored by a solidly built stone mansion. It was built in 1769 on the high ground near the mouth of Carpenter’s Run.
“The location was well chosen,” Meginness observed. “A few hundred yards north of the house Fort Muncy was afterward erected and became a rallying point for the settlers. Their home became a haven of rest for weary travelers . . . They dispensed a liberal and elegant hospitality for the rude times in which they lived.”
The solid, fine homestead played a key role in an episode known as “The Great Runaway.”
According to historian Paul A. Wallace in “Indians of Pennsylvania,” that event in the summer of 1778 followed a “series of heavy Indian raids directed at the Susquehanna Valley above Shamokin.”
A captured American Indian prisoner reported that it was the intention of the Indian war parties to murder all white inhabitants on both branches of the Susquehanna River. That revelation produced a great panic among the white settlers of the area, and they fled to various places that were perceived to be strong points. People living above Lycoming Creek fled to Antes Fort. Those at the mouth of Bald Eagle Creek went to a place known as Harris Fort.

A Formidable Homestead
People at Muncy were sheltered at Capt. John Brady’s and those settlers located from above Muncy to Lycoming Creek sought refuge at Wallis’.
Wallis’ formidable homestead was one of the few structures in the Susquehanna Valley spared the Indians’ torch. Meginness wrote that it was spared because its sturdy stone construction rendered it immune to the ravages of fire.
Some historians have speculated that there may have been other deeper and darker reasons for it escaping destruction.
The Indian war parties were whipped up, in part, by British officials as a way of opening a second front in their fight to put down the American War of Independence. According to historian Carl Van Doren’s book, “The Secret History of the American Revolution,” published in 1941, Wallis may have been in league with the British.
Van Doren claims Wallis acted as an intermediary in transferring money between British Gen. Sir Henry Clinton and Benedict Arnold in Arnold’s treasonous plot to turn over the fort at West Point, N.Y., to the British.
“There can be no doubt that Wallis was Arnold’s agent and sent secret intelligence to the British,” Van Doren wrote, “neither can there be that he had no scruple about making any money he could of shipping the British army of occupation food with which to carry on the war.”
Other historians have cited Wallis’ intrigues with the British.
John Bakeless, in his 1959 book, “Turncoats, Traitors and Heroes,” wrote, “Early in the war, (Wallis) had been, in some unknown way, extremely useful to the then British Commander in Chief General William Howe.”
He claims Wallis spied for the British on the movements of American Gen. John Sullivan’s expedition to relieve northern Pennsylvania and the southern tier of New York state of the Indian and British threat.
Wallis arranged for a friend to volunteer for Sullivan’s army as a secret informant and send reports that Wallis could pass on to his friend Major John Andre. Andre then could pass reports on to British Gen. Henry Clinton.
Andre was hanged in the Arnold conspiracy; nothing supposedly ever came of that plot.
Wallis also is alleged to have conspired to undermine the Sullivan Expedition. Noted for his knowledge of the “Indian Country,” Wallis made available a falsified map to sabotage Sullivan’s efforts. Sullivan assembled navigational information from other sources and never used Wallis’ bogus map.
No copy of the map has survived in the voluminous papers of those involved: Howe, Sullivan or George Washington.
Another alleged plot in which Wallis was ensnared, according to Bakeless, was a plan to use his home as an intelligence center for communications with noted Mohawk Chief Joseph Brant. The plan was to foment disorder among the Mohawks, who then would raid white settlements as a counter to the Sullivan Expedition.
Nothing ever came of that plan, either.
Despite all of Wallis’ alleged machinations with the British, nothing prevented him from being appointed captain of the 6th Co., 2nd Battalion of the Northumberland County Associated Militia. Wallis also represented Northumberland County in the Pennsylvania Assembly in 1776.

Postwar Dealings
After the Revolutionary War, Lycoming County was created in 1795. Gov. Thomas Mifflin appointed Wallis as one of the first four associate judges in the county judiciary.
Wallis continued his land speculations. Among the tracts of land he owned were 300 acres of land near Grafius Run that he sold to Michael Ross for 5 shillings. Part of that land was in the central part of the area that would become Williamsport.
Wallis served as a land agent for the Holland Land Co., a group of Dutch capitalists that also advanced large sums of money to Robert Morris, one of the major financiers of the American Revolution.
The company was repaid with large tracts of land in Pennsylvania and New York.
Wallis worked with another agent for the Holland Land Co., James Wilson, a signer of the Declaration of Independence and one of the framers of the Constitution. Wilson later became an original member of the U.S. Supreme Court.
The financial dealings between Wilson and Wallis were quite extensive. As of May 1797, Wilson was indebted to Wallis for 88,500 pounds sterling.
Wallis often would use his beautiful plantation near Muncy as collateral in his many land dealings. When Wilson died in August 1798 without fully meeting his debt, it plunged Wallis into a serious fiscal crisis.
He would not live long enough to have to face that crisis. He died in Philadelphia on Oct. 14, 1798, reportedly of smallpox.
It has been said that all great men have feet of clay. Wallis is no exception.
He seems to have had a dual quality: that of a great achiever and that of an infamous schemer. It is hard to say which aspect predominates. It is unmistakable that he showed great humanity in granting refuge and comfort to those seeking safety from the “Great Runaway.”
He was a man of vision and was one of the people who helped make the county and its environs an area of pride and productivity.
His schemes are more difficult to define and judge. But suffice to say Wallis is one of the more interesting and important figures of early Lycoming County. 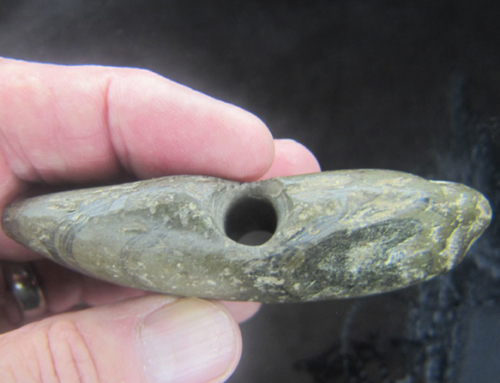 Houses of Worship: Postcards of Yesteryear I’m a Grit Salesman – Read the First Issue for Free! 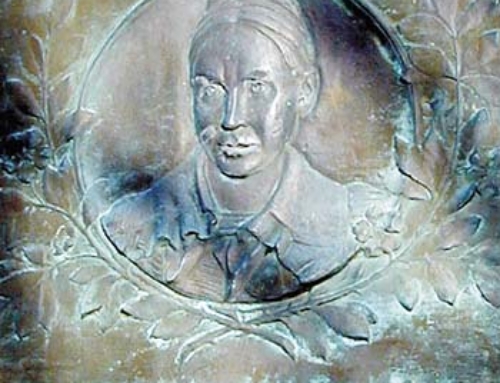